Back to resources
Building Your Plan ► Action Planning

How to Develop Action Plans (5 mins)

How to Develop Action Plans 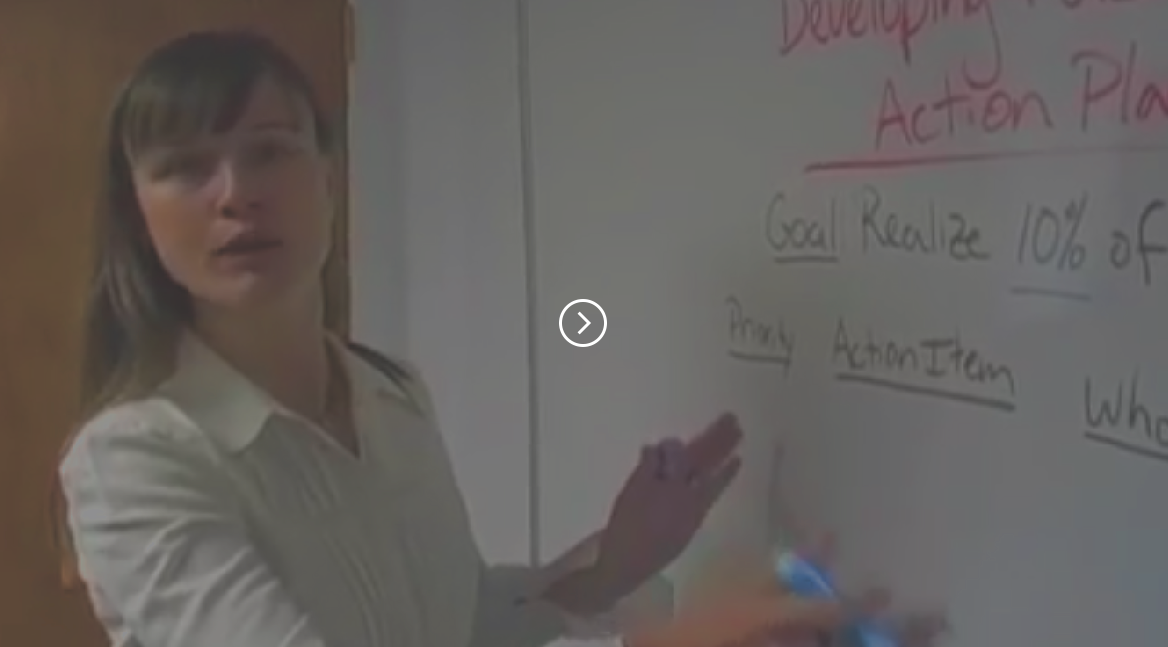 If you already have your goals in place for your strategic plan, you’re ready to start developing action plans. Learn how in this Whiteboard session with Erica Olsen.

For more resources on building your strategic plan, view the Essentials Guide to Strategic Planning.

“Hi. My name is Erica Olsen. Today we’re going to talk about developing and using action plans as part of your strategic planning process. This is a follow up white board session from how to develop smart goals, so if you haven’t checked that out, look at that first. Let’s move into what we’ve got to talk about today, which is action plan development. We’ve already established our SMART goal and in this example we want to realize 10% growth in our business coming from the small business market by the end of the year. So, that’s the goal we’ve set for the organization, or one of them. What do we need to do in order to make that goal happen? Set some action plans and some action items and figure out who’s going to do them, how much it’s going to cost, and when we’re going to get them done. Let’s look at that.

A pretty simple action item to start making this goal happen might be to develop a marketing plan to figure out how we’re going to target the small business market. Pretty specific, starts with a verb, we really know what we want done. We want a marketing plan. Who’s going to do it? I’m going to assign this to Beth. What’s important about the who, and this happens all the time, we want to have shared responsibilities for things. Maybe Beth and Jim are going to develop the marketing plan. Highly recommend having one lead person who we can hold accountable and who they can hold accountable themselves as well for getting this item done. So, in this case, it’s Beth. One person, the lead.

When’s she going to start this? Let’s say we want to start at the beginning of the year, so beginning of 2010, and we’d like to see the marketing plan completed by the end of the first quarter, or the end of March. Resources, identifying how much money it’s going to take to develop the marketing plan. In this case we’re going to say no dollars because Beth is the director of marketing and that’s what she does, so it’s her time and we need to make sure she has the time to do that. As far as hard dollars go that we need to budget for, none.

Let’s go back over here to priority. So assume of course there’s quite a few more action items that come out of making this goal happen. We’d like to assign a priority for how important is this particular action item in the scheme of things? In this case, let’s hypothetically say it’s pretty high. We really need to get the plan in place in order to start seeing revenue generated from targeting this market. Other options, of course, might be medium or low. Great, great thing to use, especially when the team has a lot of different priorities going on.

So, let’s fast forward, let’s assume that it’s the middle of February and we’ve got this action plan in place and things are happening and we want to use the action plan to track how we’re doing. A couple of things to use to figure out where we are against getting the marketing plan done. One is what percent complete are we against the action item, and two, what’s our status? We love, and everybody seems to love the whole red green yellow light concept, so we’ll talk about how we use those. But, first of all, percent complete.

It’s February 15th, and let’s say Beth told us that she feels like she’s about 50% done with the marketing plan. Certainly for those of us that are a little bit more quantitative in nature, how do we know we’re 50% done? In this case we’re really asking Beth to tell us how she feels and what percent complete she feels she is against the item. That’s just our recommendation. It’s just a gut check. We’re not looking for something hard and fast, just “how we doing?”. What percent complete?

So then we go over to the status, is it on target, not on target or past due? Well, in this case, since it’s not due until the end of March and it’s the middle of February and she’s about 50% done, I’d say she’s on target. She can give herself an on target green light. Let’s say she was maybe 20% done in the middle of February, I would mark it as not on target, a lot of work to do to get that thing done by the end of March. Past due, of course, is if it was past March and the item wasn’t done. So a really quick great way to see how we do against…especially when there’s tons of action items.

So with that quick summary, we’ve got our goal and we’re aligning our actions to accomplish this goal. We’ve got clear indication of priority, what we’re really doing, who’s doing it by when and how much does it cost. Then when we move into actually using the action plans we assign two indicators to how we are doing against the action item; what percent complete and red, green, yellow light. And that’s developing and using action plans.”

How to Write a Mission Statement

How to Write a Vision Statement

Strategic Planning with a Balanced Scorecard

The Secret to Strategic Implementation 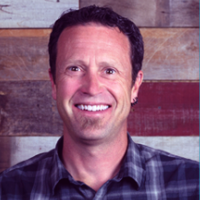 Originally from Illinois, Todd has made his home in Reno, NV since 1997. Currently, he is the Senior Front-End Web Developer for OnStrategy. Todd attended the University of Illinois Urbana/Champaign where he earned a Bachelor of Arts degree in Creative Writing.

Success isn’t a list of flashy logos. It’s about helping anyone who wants to lead a great organization. If that’s you, join our list of clients – you’re in good company:

A Dose of Strategy.

Actionable tips, case studies, best practices in your inbox every other week.